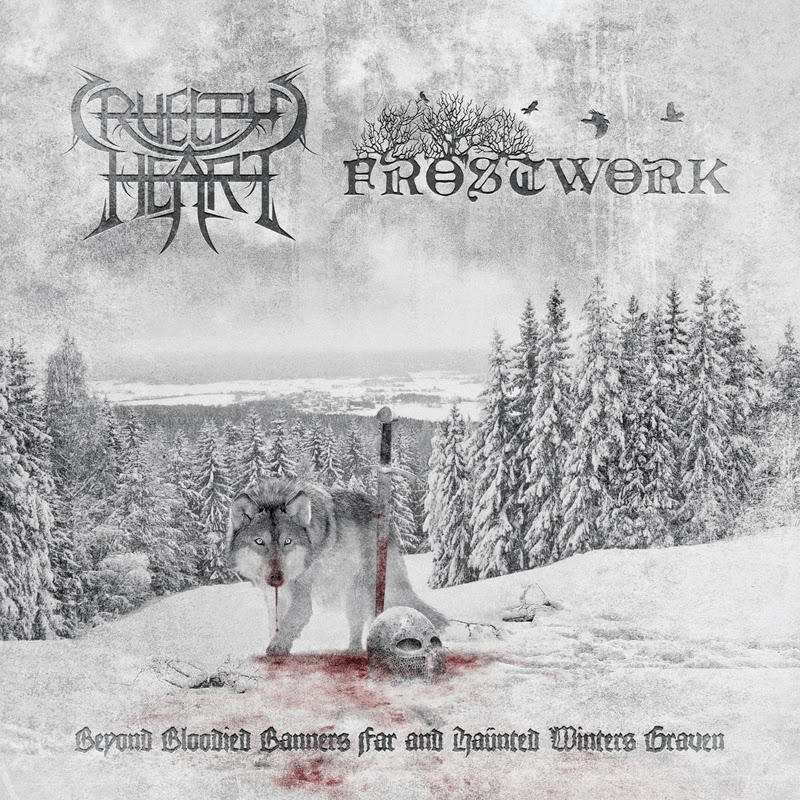 UKEM Records 2014
(Cruelty’s Heart 1-6 Frostwork 7-14) 1. The Witch's Rune 2. Irminsul 3. Seven Kingdoms of Swords 4. The Triumphant Death of Mighty Tiw 5. Englinbarrangoi 6. Steadfast 7. Beginnan Snīwan 8. Through Frozen Limbs and Roots I Spoke 9. Onwæcan Se Gāst 10. Prophecies Carved Within The Leaves 11. Nature Finds A Way 12. Humanity Is Cold 13. For I Am Hailed With Night Speech 14. Wintertīd
Review by Lou from 'Loucifer Speaks' www.louciferspeaks.com
Reviewing this split was always going to be difficult. A quick search through the Loucifer Speaks site should give you some indication into how excited I am about this CD and my reviews of Cruelty’s Heart’s previous CD and Frostwork’s last album and e.p should show that I’m already a bit of a fan of both bands. “A bit” may be an understatement. However, I am going to try and remain somewhat subjective. Which is sort of ridiculous since music tends to bring out such an unsubjective reaction in us, but hey! The album kicks off with Cruelty’s Heart and their terrific brand of Pagan Black Metal. The story telling feel that was evident in their previous work is back again and, once again, I feel like I’m being whisked back in time. Their side of the album kicks off with the tremendously catchy “The Witch’s Rune”, which catapults you straight in. This is black metal that you can hum along to (in much the same way that I hum along to Old Corpse Road… I hum a lot… mainly because I can’t whistle). Although Cruelty’s Heart were bloody brilliant before, the tracks on “Beyond Bloodied Banners Far…” demonstrate that they have matured since their previous release. The tracks feel more complete – more confident. “The Triumphant Death of Mighty Tiw” is pretty much the perfect Cruelty’s Heart track. It has everything; an intense narrative, an infectious melody and mind-blowing musicianship. Absolutely spot on. Cruelty’s Heart’s side of the split finishes with, what I think is, a cover of Forefather’s “Steadfast”. This closes things off nicely and paves the way for Frostwork’s half. 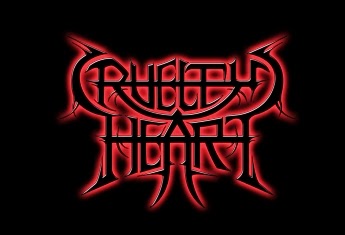 The atmosphere turns colder for Frostwork’s turn (as their name may suggest) and we are eased in gradually with the sounds rain (or a river), an acoustic guitar and some whispered vocals. In spite of the sun that’s currently shining through my window, I have the urge to go and grab a coat… and a hat… and a scarf. Winter is coming (yes, I have just started reading “A Game of Thrones” – no spoilers please!). When “Through Frozen Limbs and Roots I Spoke” begins you realise that you’re really in Frostwork territory, and damn, it feels good. Dagon’s vocals sound like they’re carving their way through ice – a primal force belonging in an ancient forest; beautiful and dangerous. While Cruelty’s Heart’s side of this album seems to deal with people of a time long ago, Frostwork’s focus is on the land and nature (see “Nature Finds a Way”); making these two projects perfect partners for this split. They are two sides of the same coin. As Frostwork’s self-certified ultimate fan, it’s hard to pick a favourite track here. I have the near undeniable urge to just say THEY’RE ALL BRILLIANT (which, in fairness, is true), but I shall limit myself to a mere three.

I suggest you all go to your (legal) music site of choice and have a listen to “Prophecies Carved Within the Leaves”, “Nature Finds a Way” and “Humanity is Cold”. Once you’ve done that, head over to UKEM Records and buy the album on CD. “Beyond Bloodied Banners Far and Haunted Winters Graven” is a superb partnership between two bands that compliment each other’s sound fantastically well.
Rating: 100% (c’mon, we all knew I was going to say that…)
Band Pages
Cruelty's Heart: Here
Frostwork: Here
Buy It: Here

Posted by UNITED KINGDOM EXTREME METAL at 16:05 No comments: 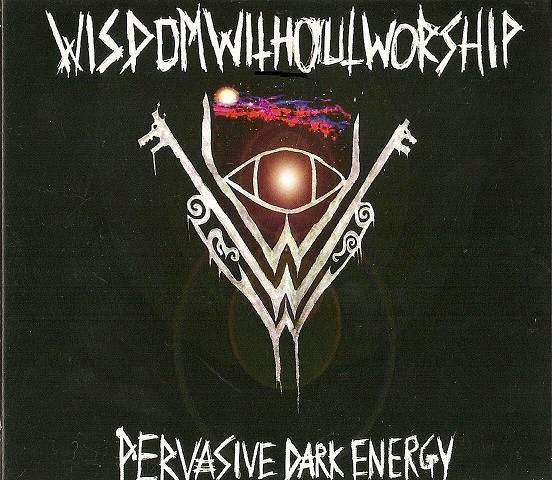 Pervasive Records 2013
1.Intristik Simplistik 2.Komplexikation 3.A Smoke Filled Kandle Lit Room
4.A Penny Less Exodus 5.Ignorant (In)Ability
6.We've Got The Whole World In Our Hands
Wisdom Without Worship are a two piece black metal band from Cornwall, playing a very noisy and chaotic brand of black metal. Opener ‘Intristic  Simplistiks’ is just that, noisy, chaotic and with little structure, its actually quite hard to make sense of the ‘song’ at all as the approach undertaken is very unorthodox. The same could be said for the following track ‘Komplexikation’. Again it’s noisy and extremely hard to actually gauge what is going on mostly due to the production which is of course, ultra Necro and absolutely dirty, rotten and obviously intentional. The fact that the song stops and starts without any real purpose makes it very hard to listen to. ‘A Smoke Filled Kandle Lit Room’ breaks from the chaos slightly, and acts more of an industrial tinged noise interlude, sampled noises mixed with the simplistic guitars that is OK, but never really serves any purpose other than to break things up slightly. ‘A Penny Less Exodus’ actually blasts open with real conviction, the chaos heard previously reined right in and there actually seems to be a structure being followed and applied surprisingly well. It’s still very noisy and chaotic, but nothing in comparison to the earlier tracks. The band seems to have found their footing here, albeit very simplistically but there does appear to be method in their madness at last! It’s been very hard to draw any real comparisons, but here there could be a hint of Archgoat mixed with some Black Witchery maybe. Not as potent or deadly however, but still starting to make some sort of sense. 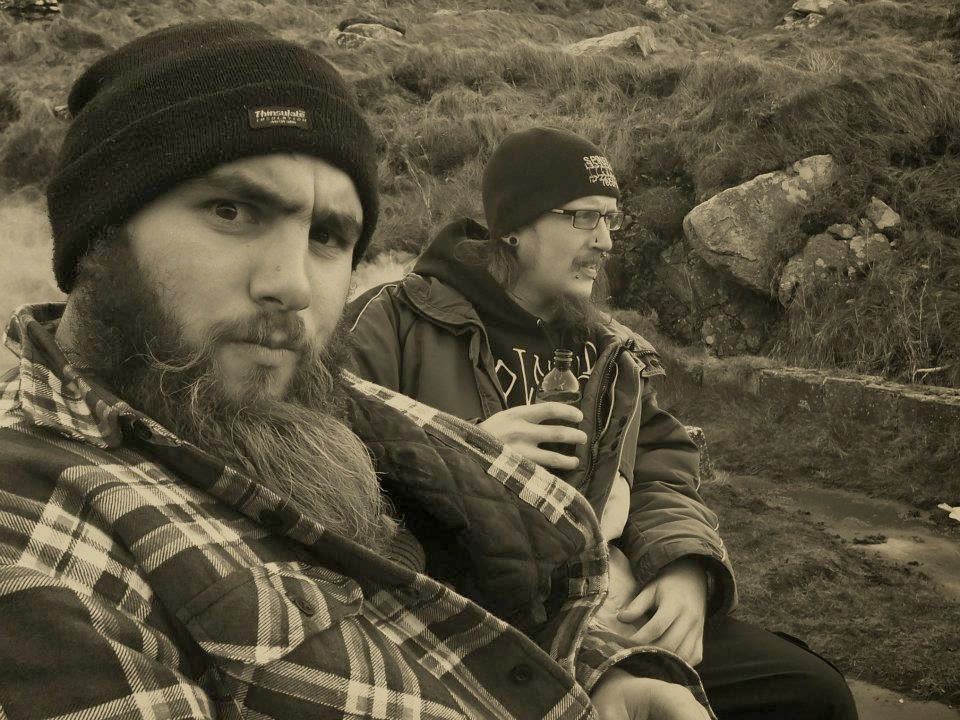 ‘Ignorant (In)Ability’ is also showing signs of structure and resembling an actual song. The craziness and chaos heard in the opening tracks is still there but WWW are starting to make order of the chaos, which is good because when they do you feel the band are on the cusp of producing something truly terrifying, but never quite reaching that end product unfortunately. Closing this e.p is ‘We’ve Got The Whole World In Our Hands’ which is obviously an ‘outro’ and does have a message to tell, there’s a sample of what sounds like David Attenborough talking about man destroying the planet whilst other noise and soundtracks create another noisy track but a track that does have atmosphere. This relatively short e.p really isn’t going to appeal to everyone, and although the band describes themselves as ‘Black / Death / Doom’ I’d be more inclined to describe them as “Blackened Noisy Grind”. Labelling aside, it’s really a CD of two halves, the first half extremely chaotic and with no structure at all with the second half then starting to find it’s feet with actual songs beginning to crawl out from all that noise. The whole release is relatively simplistically delivered and you don’t have to think about what you’re listening to, but that might have been the whole idea behind it. Check it out, but don’t expect anything too spectacular.
4.5 out of 10
Band Page: Here
Posted by UNITED KINGDOM EXTREME METAL at 21:49 No comments: